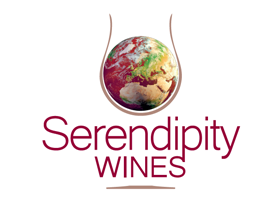 The pleasure of discovering something unexpected and unpredictable.
The incredible discovery of delightful novelty, while searching for something totally different.
The luck in discovering precious things we were unaware of and not looking for.
This is Serendipity
The term, now common in everyday English, has a fascinating origin.
Its first use was in a letter written on the 28th of January 1754 by Horace Walpole, the English writer, art historian, man of letters, antiquarian and politician. In his letter to a friend, Walpole used “serendipity” to describe the unexpected yet pleasing discovery of a painting of the Italian noblewoman and second wife of Francesco I de’ Medici, Bianca Cappello, by Giorgio Vasari.
However, it must be acknowledged that Walpole did not invent the term from scratch, but rather took its base form from a tale of Persian origin translated as “The Three Princes of Serendip”, in which three young princes make a series of accidental yet happy discoveries in the course of entirely unrelated pursuits.
More recently, the concept of serendipity has also been widely discussed in various scientific fields, where the term is used to define the circumstance of making important discoveries in the course of other seemingly unconnected research. There are those that would say that every discovery, whether in science or everyday life, contains some element of inherent randomness. Well, that element is serendipity.
And this is the concept underpinning the 1st edition of the Serendipity Wines International Competition. The goal of the organizers is to give the public a special opportunity to discover those wines that, in everyday life, are more difficult to just happen upon.
Serendipity Wines’ ambition is to promote encounters with special wines capable of stimulating and transmitting the most surprisingly pleasant sensations.
In particular, the competition is centred on raisin, liqueur, fortified and aromatised wines.
These are all wines that, over the years, have been defined in a great variety of ways, wines which have been alternately described as meditative, relaxing, conversation stimulating, and so on, but, here, we like to describe simply as Serendipity Wines, wines that surprise you with unexpectedly rewarding emotions.
The Serendipity Wines International Competition is promoted by the association La Strada del Vino Valcalepio e dei Sapori della Bergamasca, under the supervision of the International Organisation of Vine and Wine, and with the scientific support of the Brescia Taster Study Centre.
Despite its specific focus, Serendipity Wines also aims to promote the territory hosting the event, the Province of Bergamo.
The competition takes place over three days, a Thursday, Friday and Saturday.
The Thursday is dedicated to welcoming Italian and foreign guests, and inviting them to discover the host territory. The day ends with a special welcome dinner.
Friday is the busiest day of the competition, involving morning tastings of the participating wines and afternoon visits to the various productive and touristic facilities in the Bergamo area, before an evening gala dinner.
The Saturday opens with a technical and informative discussion that concludes with the public announcement of the winning wines. At this point, when the formal work of Serendipity Wines has come to an end, the winning wines join a special tasting counter open to the public for the rest of Saturday and during the following day.
For more information visit www.serendipitywines.it

La Strada del Vino Valcalepio e dei Sapori della Bergamasca, or “The Road of Valcalepio Wine and of the Flavours of the Bergamo Area”, is a voluntary, non-profit association, accredited by the Lombardy Region of Italy.